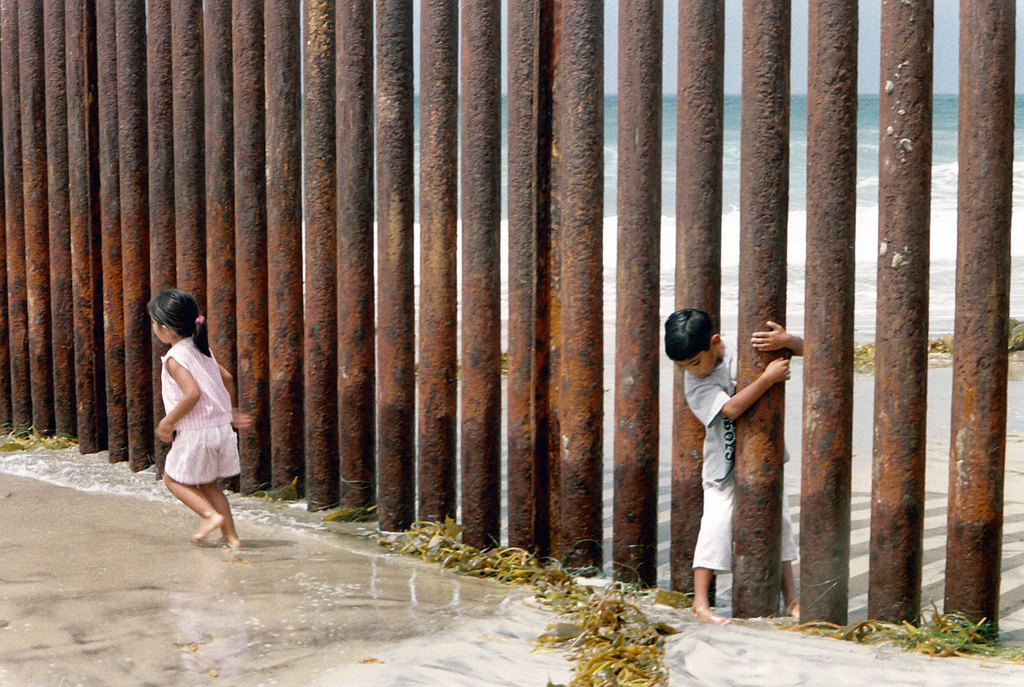 I love the steady and dignified waddle of the emperor penguin. It’s a beautiful species that for years I dreamed I would one day see in person on some transformative trip to Antarctica, that austere land where life affirmed itself almost in defiance of the harsh landscape. A landscape vastly different than the south Texas/Mexico border where I grew up and where I live. Eventually, though, I realized that my presence would inevitably disrupt the penguins and that my joy would come at least in some measure at their expense. Therefore, if I truly appreciated their existence, I would have to stay away.

It was this same logic that for years kept me away from the Santa Ana National Wildlife Refuge, a 2088-acre parcel of abundant biodiversity located here in the southern tip of Texas. I appreciated that it was home to so much life, and I also understood the reasoning behind encouraging visitors who might otherwise not come to appreciate the biodiversity in our backyards. I didn’t need to go, though, comforted by the knowledge that at least a small corner of this subtropical ecosystem threatened by urban sprawl was protected. Then the unthinkable happened: Donald Trump became president. Let me rephrase that: the worst-case scenario happened.

After then President Bush Jr’s signature of the Secure Fence Act in 2006, south Texas got a version of a border wall, more like separate sections of one in different iterations – a mix and match of concrete levee-border walls, 18 foot tall bollards, and Jersey barriers. Despite the objections to them by the community, they went up, the nearest one standing adjacent to part of the World Birding Center in Hidalgo, only a 15-minute drive from my childhood home in McAllen. These sections of walls remain ugly in every way, but I found some solace in the knowledge that life in all its forms might circumvent them, though they were a proven danger for border crossers.

What the new president proposes, though, is worse and is prefaced by the most blatant xenophobic rhetoric splayed on national media outlets. His plan is an even larger and more continuous wall that would cut through the entire area, including the Santa Ana National Wildlife Refuge. And yes, this upsets me for all the reasons that you, the reader, may already suspect: the wall would disrupt and in some cases decimate the non-human life of not only the Refuge but of the entire northern Mexico/southern Texas region. It would also wreak political havoc between the United States and Mexico. It would also damage cultural relations between the communities on both sides of the border marked here by the Rio Grande, or the Río Bravo, if you stand on the river’s southern edge. It would directly endanger the very lives of undocumented immigrants.

A few weeks ago, the Lower Rio Grande Valley Sierra Club organized an event at the Refuge to raise awareness about the proposed wall. I visited and was heartened to see their representatives spreading the word through social media and signed postcards destined for Senator Cronyn requesting a public hearing. Eventually I moved away from the crowds, walked the trails among a great array of native plants and a few creatures visible to the naked eye. I suspected most of the animals would still hide away from any hint of human contact. Then I saw it—a lizard skittering away. Then I saw another one, then another. Some of them took a second to eye me before running off. For a brief moment I felt like my five-year-old self wandering through the brush in the ejido in Mexico where I was born, where I spent the first years of my life. The ejido, a collective of subsistence farming, is hidden away a few kilometers from the border town of Nuevo Progreso. Before my family emigrated to the U.S. in the name of survival, I spent my days chasing lizards through and around the one room house with its earthen floor, or eating tiny yellow berries from the granjeno, or wandering through the brush of mesquite, cactus, and huisache, marveling at the turtles with their beautiful checkered shells and love of prickly pear.

All this came back to me in the quiet of the refuge. I felt nostalgia then but also a simmering anger like a low-grade fever, anger at the myths sold to me as truths in the classrooms of American schools —the myth of the self-made man who achieves success with no one’s help and creates wealth seemingly out of thin air, the myth of Manifest Destiny which is the self-made-man myth superimposed on the nation. Under their logic, social forces don’t exist and so success comes to those who want it most. Under their logic, nature is there to be exploited, and America is wealthier because it is filled with self-reliant and therefore superior people, not because its government has exploited and impoverished other nations, like those in Latin America. Under their logic, a wall is justified because it keeps the inferior people who have only themselves to blame for their poverty out of the superior people’s nation. This is self-interest and self-aggrandizement disguised as objective reason, disguised as common sense. And unless this dangerous logic, this lie, is disavowed —unless the nation comes to understand the interrelatedness of all life, human and non-human, and the fact that wealth is only possible through the appropriation of finite natural resources— I fear that the literal and metaphorical walls won’t stop, that all life will be endangered then, even the emperor penguin in Antarctica.

But I do what I must and what I cannot help: I write and bear witness to this world evermore splintered, bordered, and policed by a people obsessed with category and hierarchy, with concrete and bullets, disdainful of a natural world foreign to and traumatized by these borders, a natural world from which we are born and from which we can never escape. The lizard, the mesquite, the river, the penguin are all made of the same elements, the same atoms that constitute us, the same atoms that are the light of the sun and the stars. This is a truth greater than any wall, a truth that the powerful ignore to the detriment of every living thing in the Refuge, which is them, which is us. And so I write. And hope. And despair. And hope.

José Antonio Rodríguez’s most recent book is the memoir House Built on Ashes. His work has appeared in journals and magazines like The New Yorker, The New Republic, POETRY, and The Texas Observer. He lives in south Texas and is assistant professor of creative writing at The University of Texas-Rio Grande Valley. Learn more at www.jarodriguez.org.